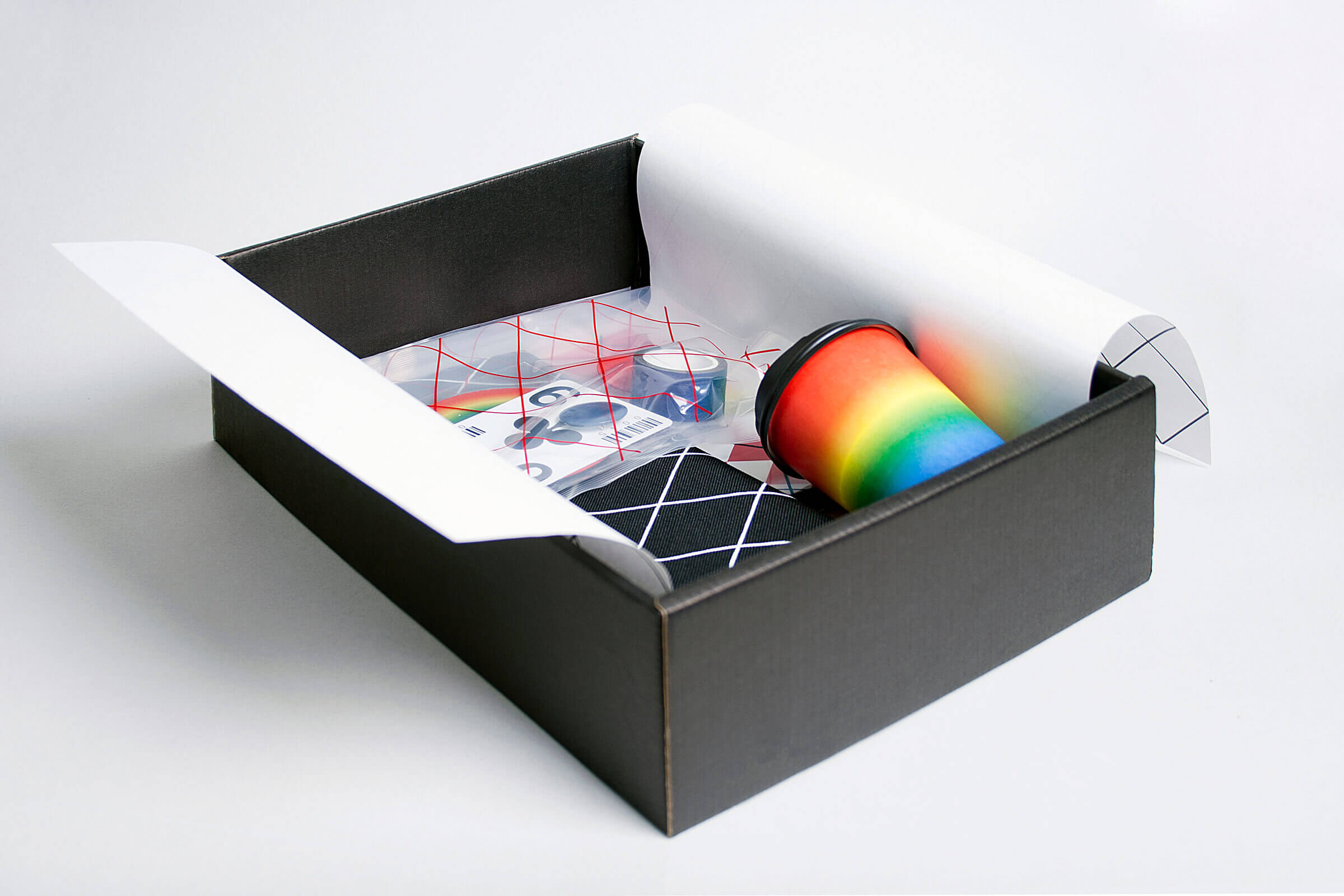 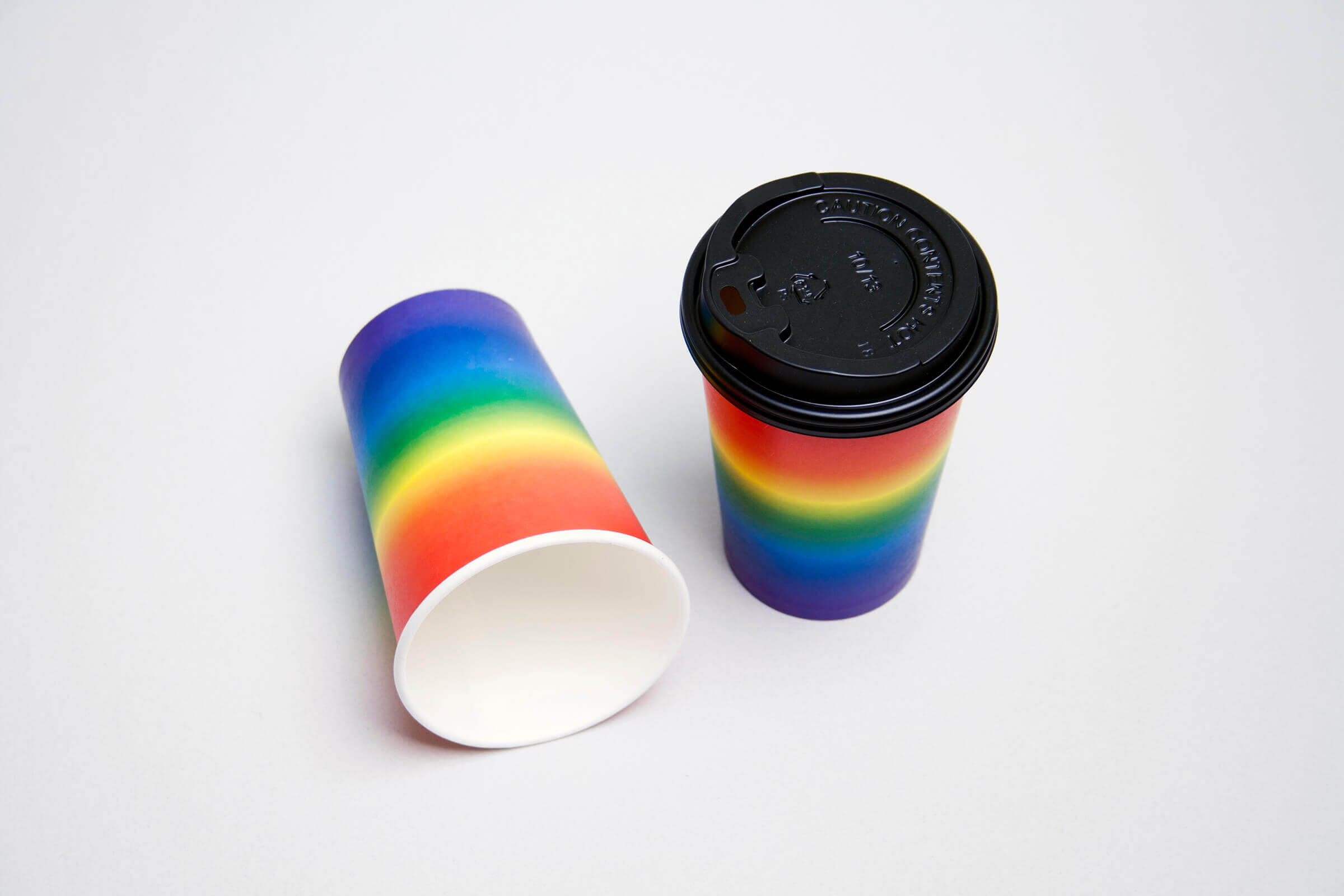 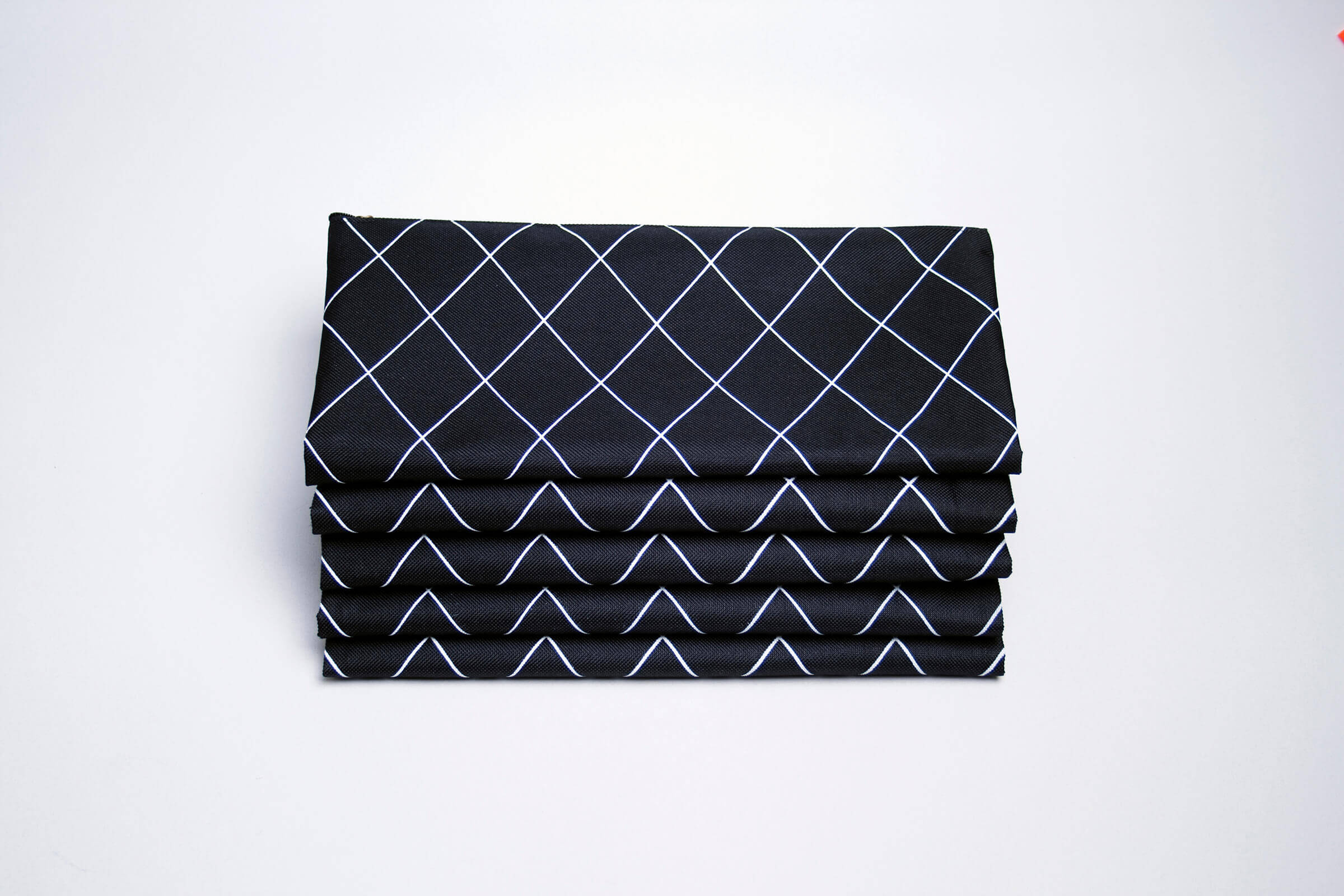 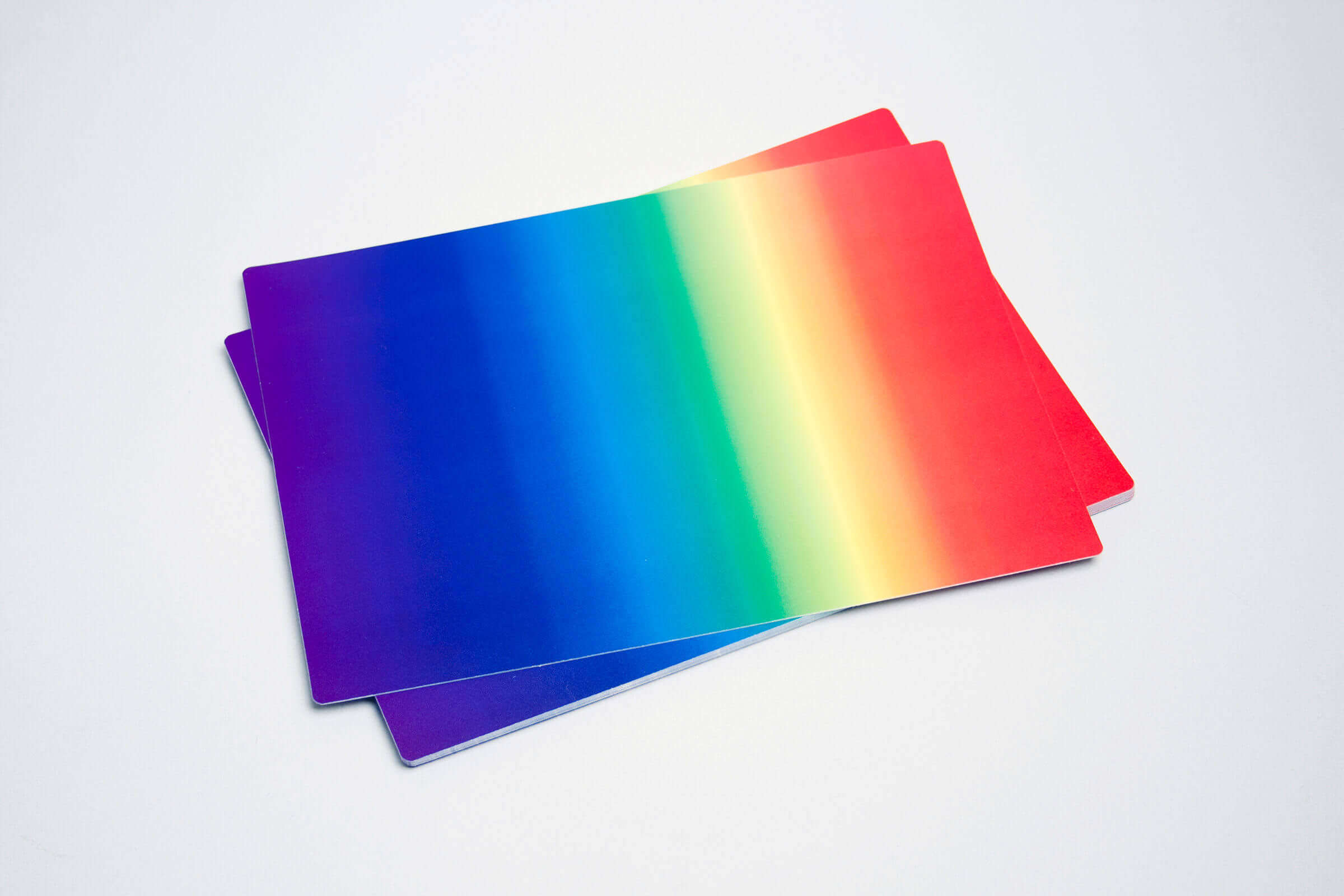 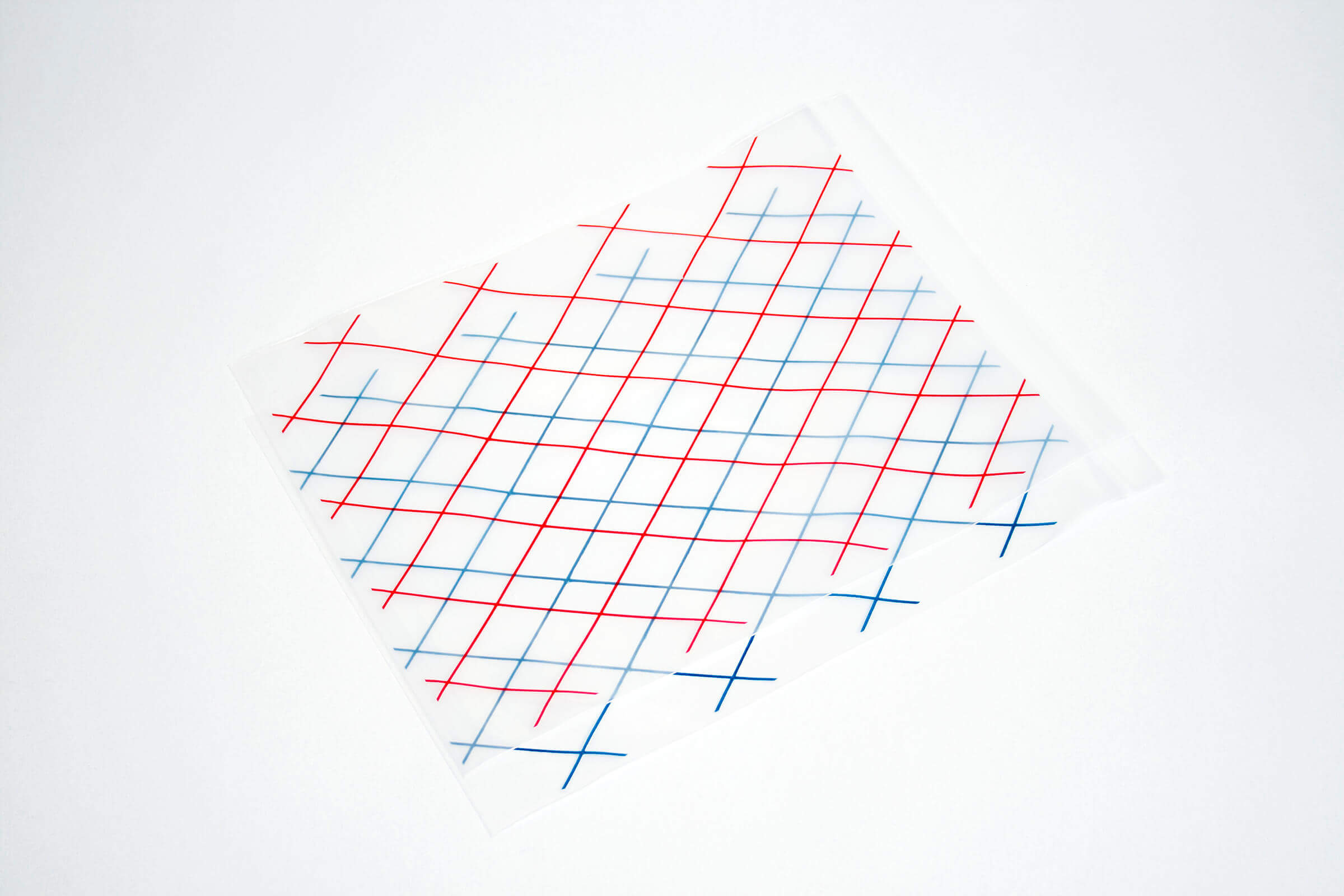 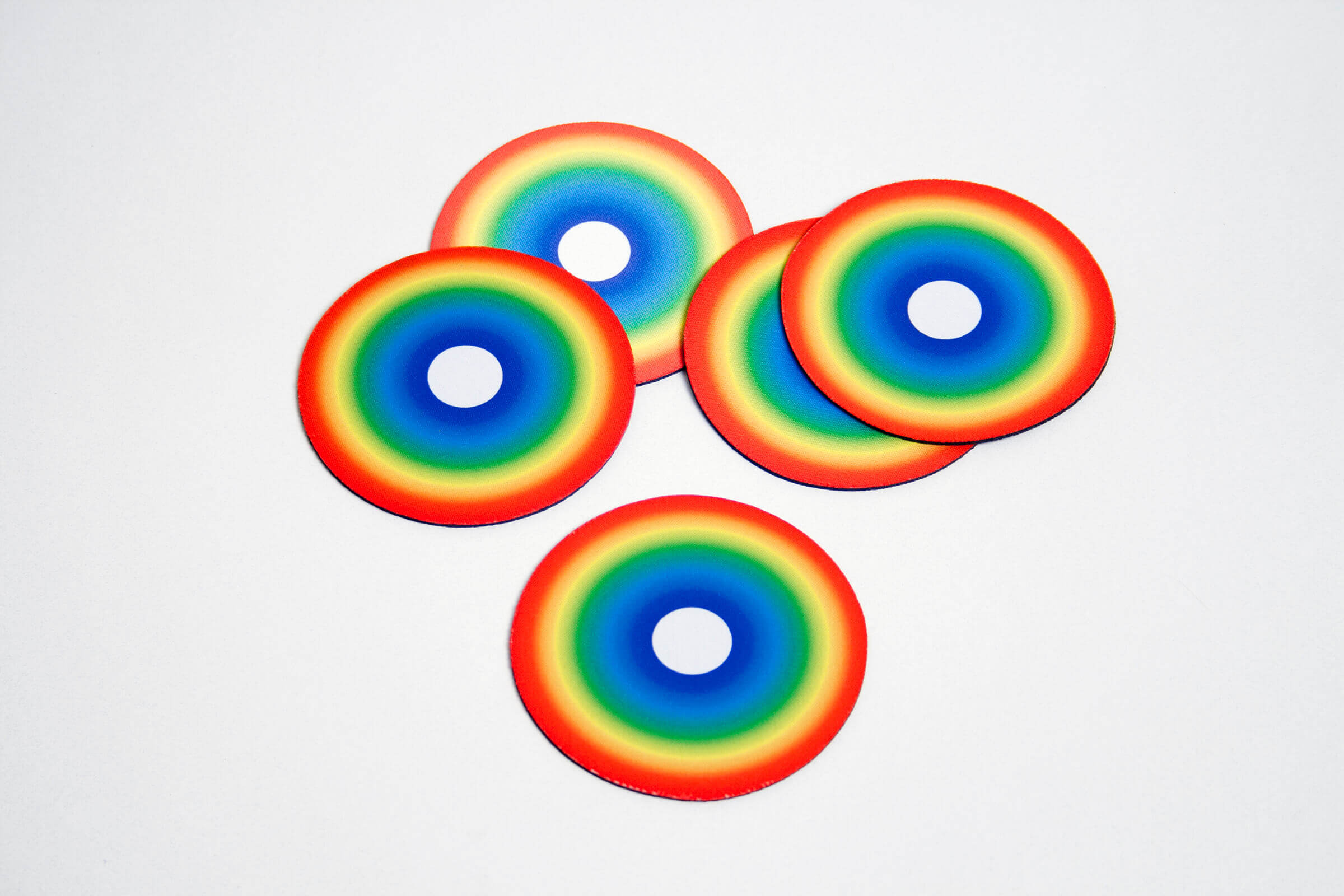 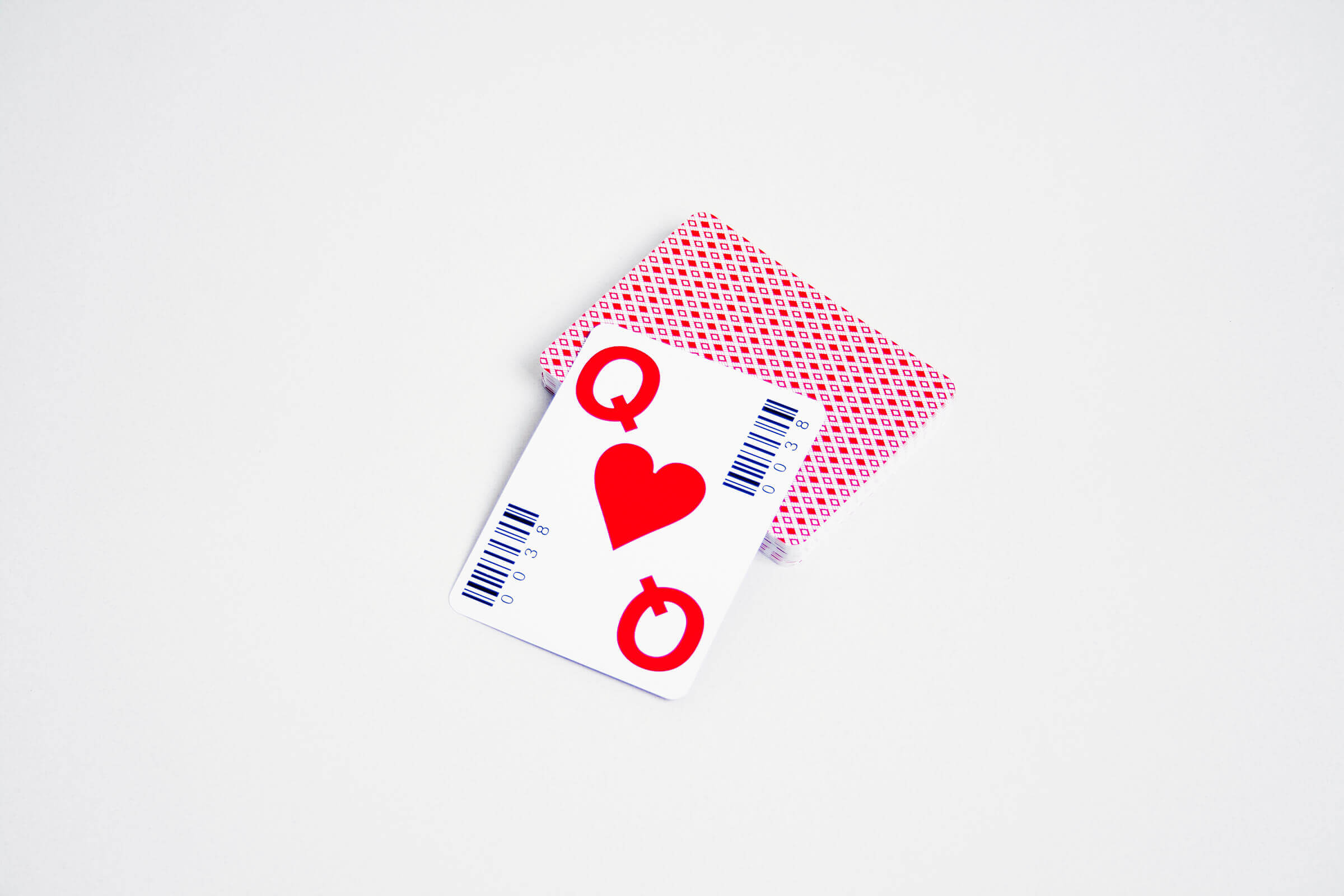 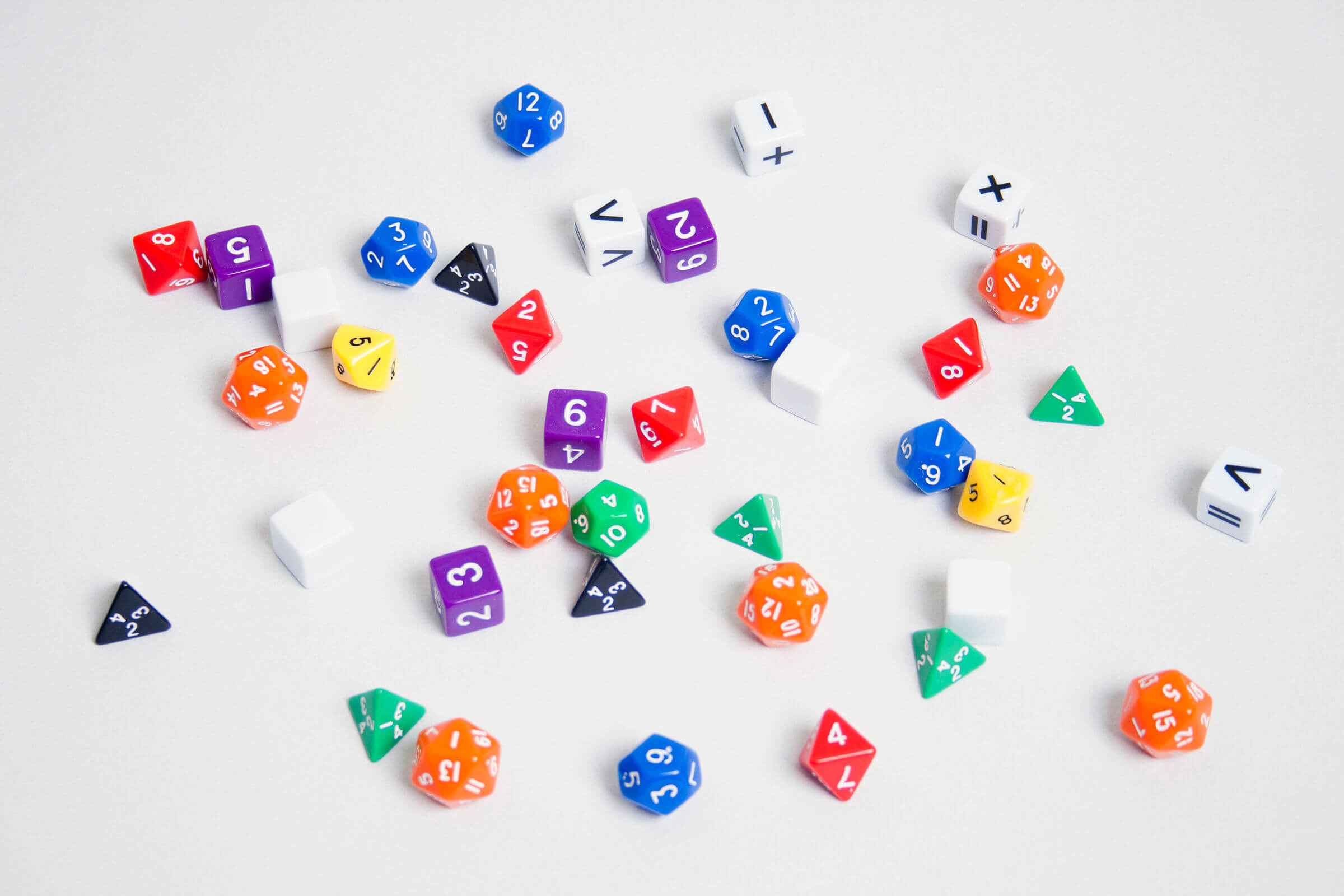 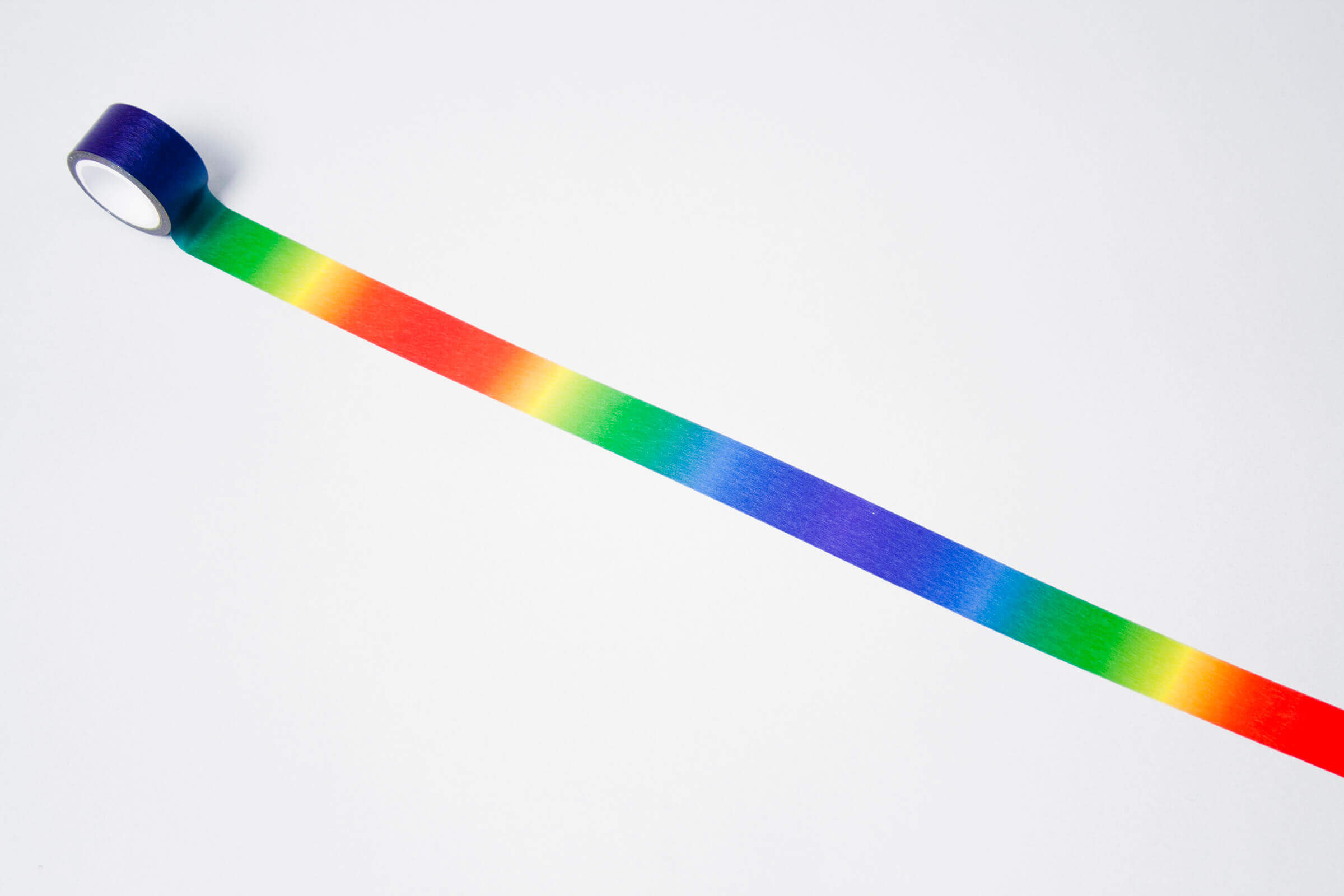 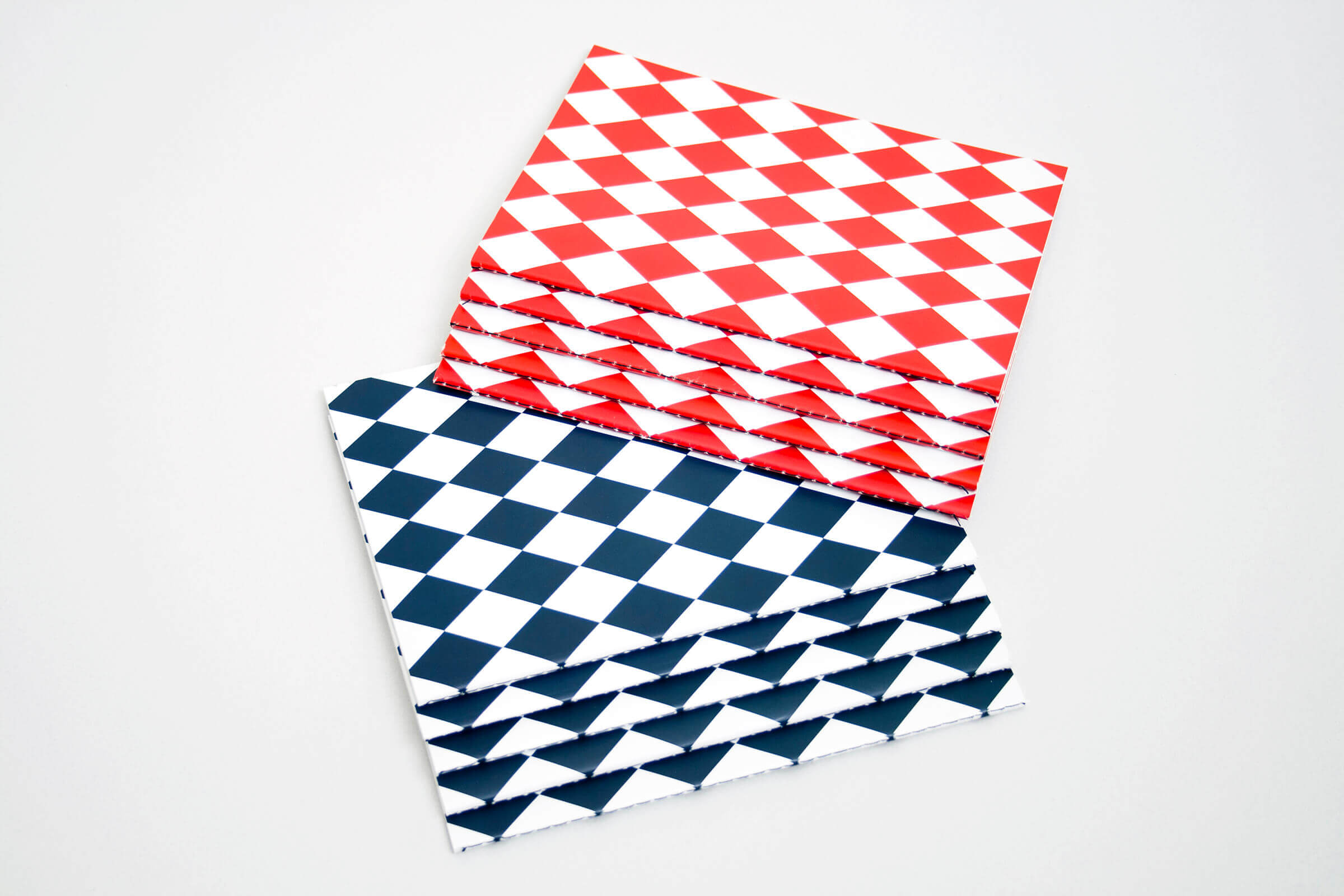 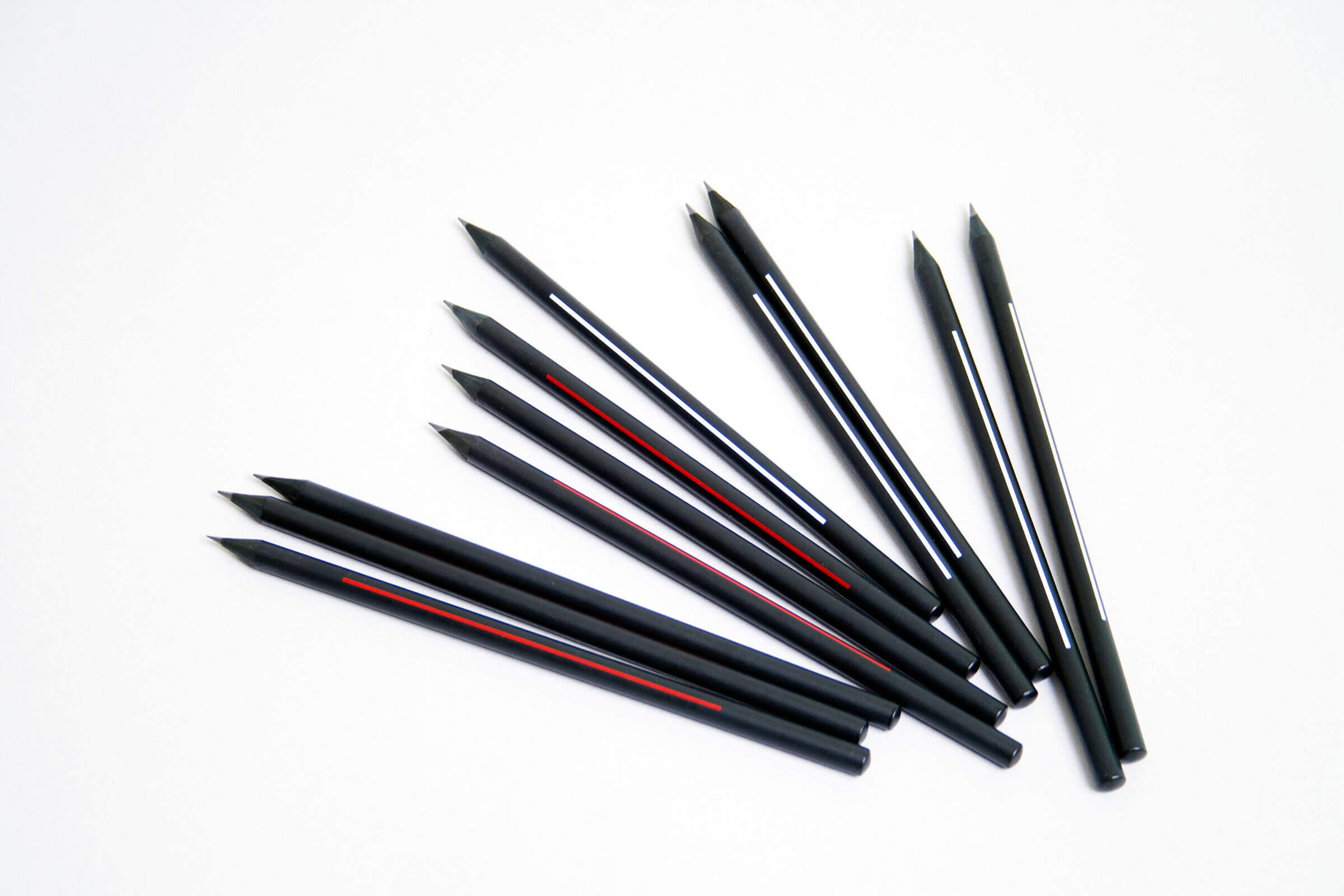 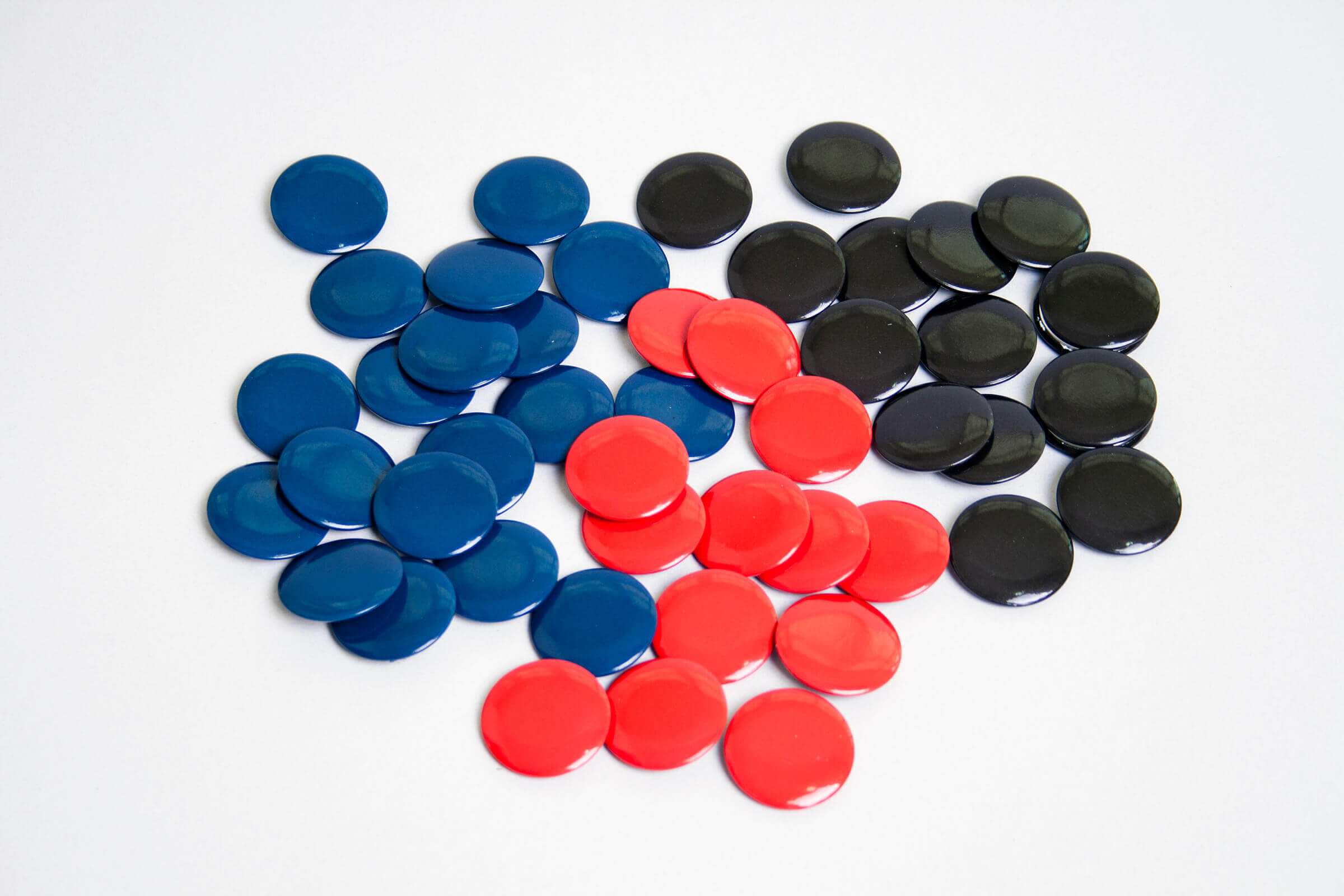 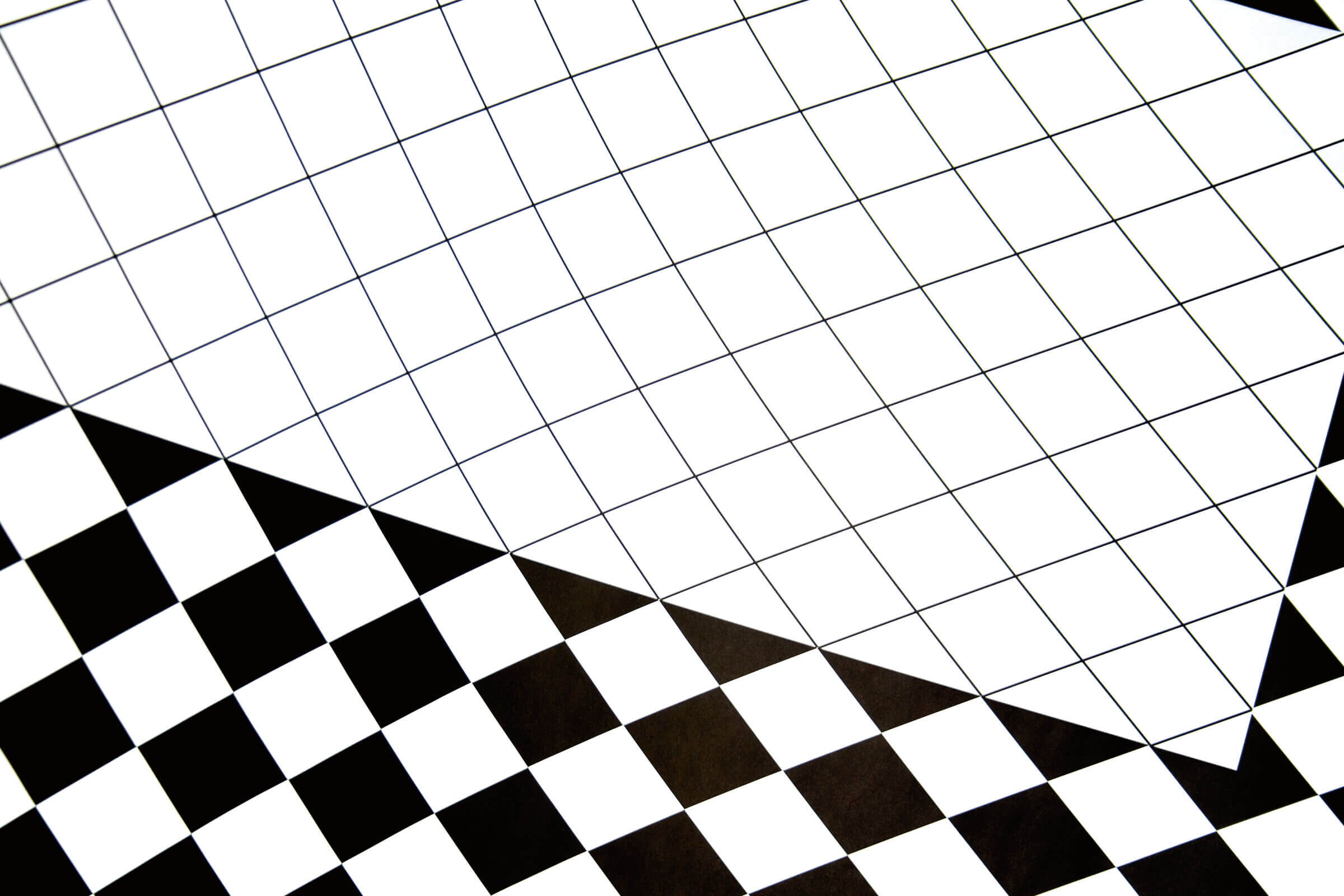 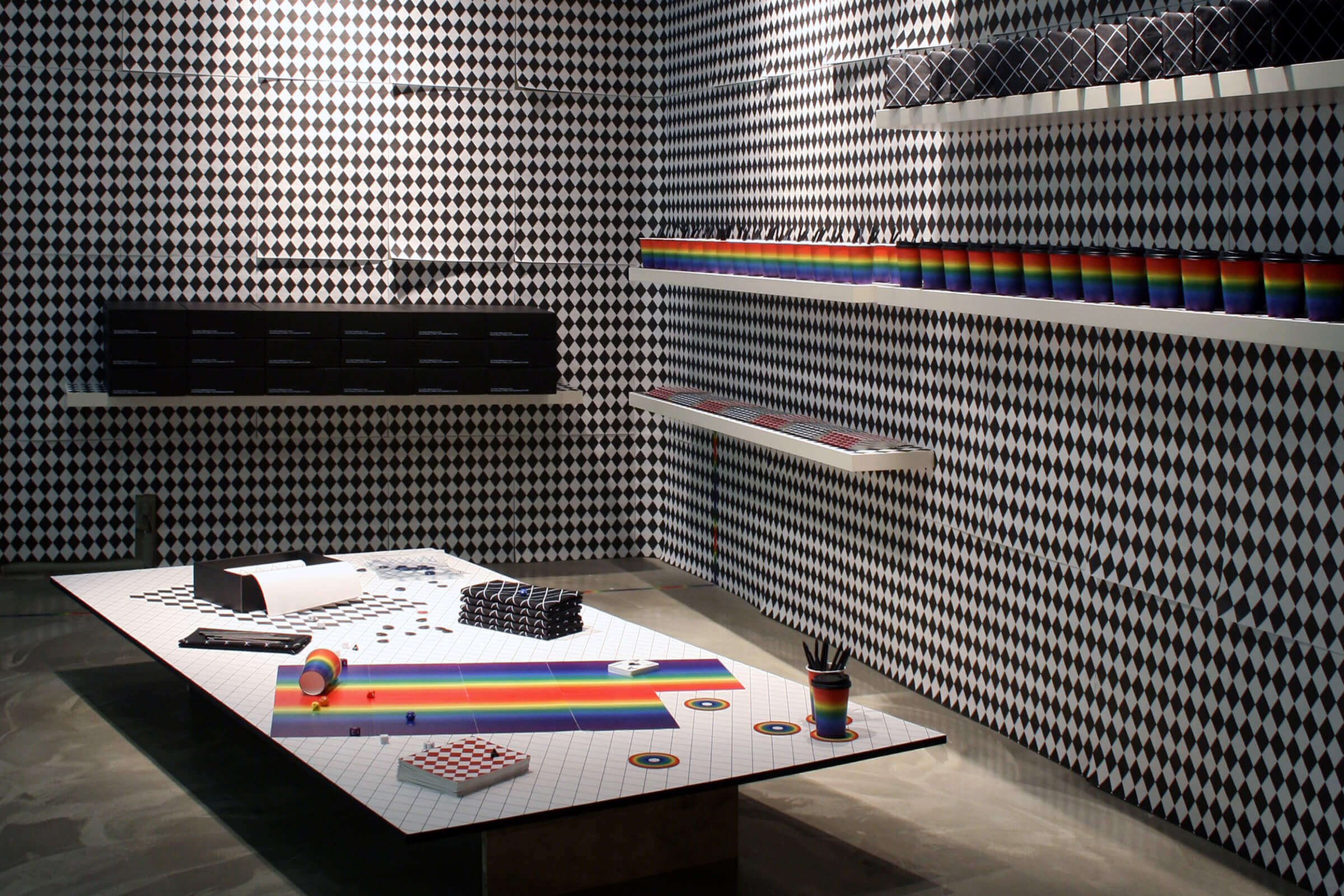 THE SHOW-ROOM is a miniaturized gallery and a playground for miniaturized objects. It is gallery and playground, and a third space, a black box, where various large and small objects align themselves and disperse. It starts out seemingly simple, with like colors combining, but eventually reaches the baffling with polygonal dice positions that proceed toward unfathomable numbers. The exhibitions and playgrounds you can create from the objects here certainly do extend beyond what you could predict from the items themselves. Kim’s THE SHOW-ROOM is a product without a manual (the items conform to the shapes and functions of the simple objects one might commemorate in a museum art shop), an artwork that requires a manual (though perhaps the surrounding context of the work more than a manual), an exhibition space without a gallery, and a confined zone open only to those who possess the objects. Here, we assign possibilities to the events occurring with the objects in that confined area, while also imposing restrictions with a twofold dictate of writing “together.” We also use a serious of symbols to refer to each identity in Na Kim’s set. (...)

This is the fresh network of senses, so different from what existed before for objects already presented to us. Placed in the box like a net on the beach, tightly woven yet capable of flinging water all about, the objects align themselves and disperse. And those objects do become the kind of “exhibition” you may have seen before at some museum somewhere.

/ Exerted text from a catalog by independent curator, Seewon Hyun and Haeju Kim