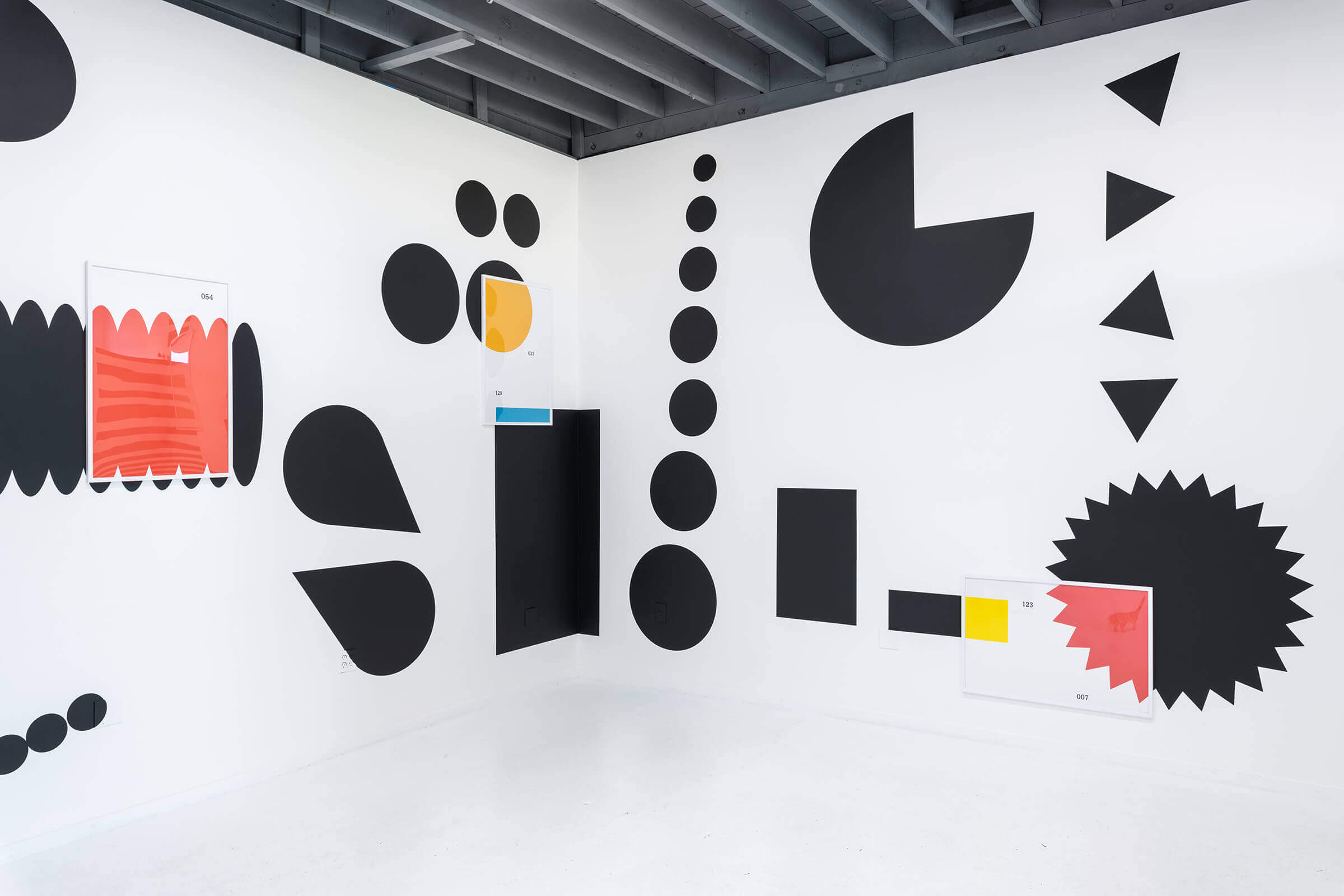 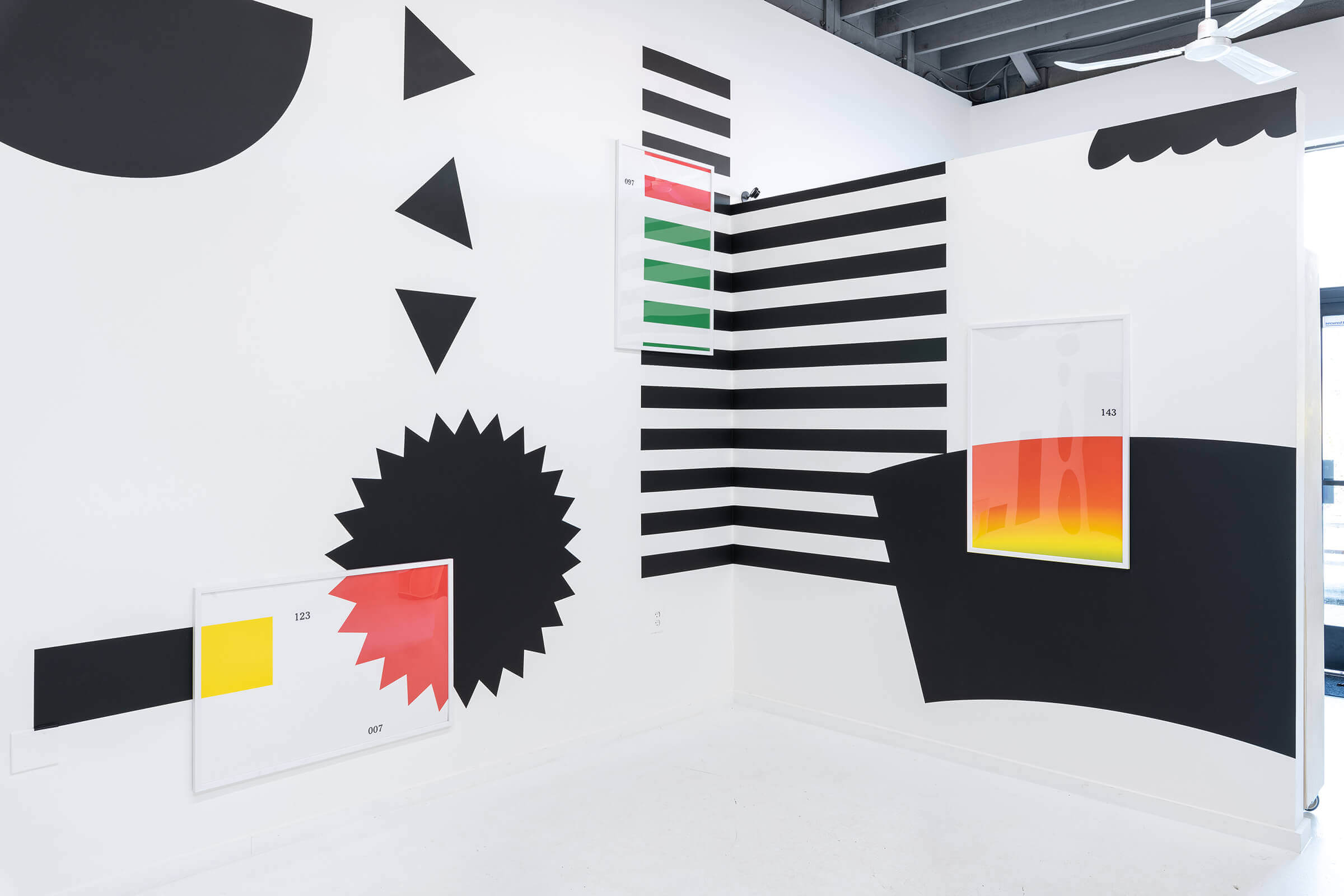 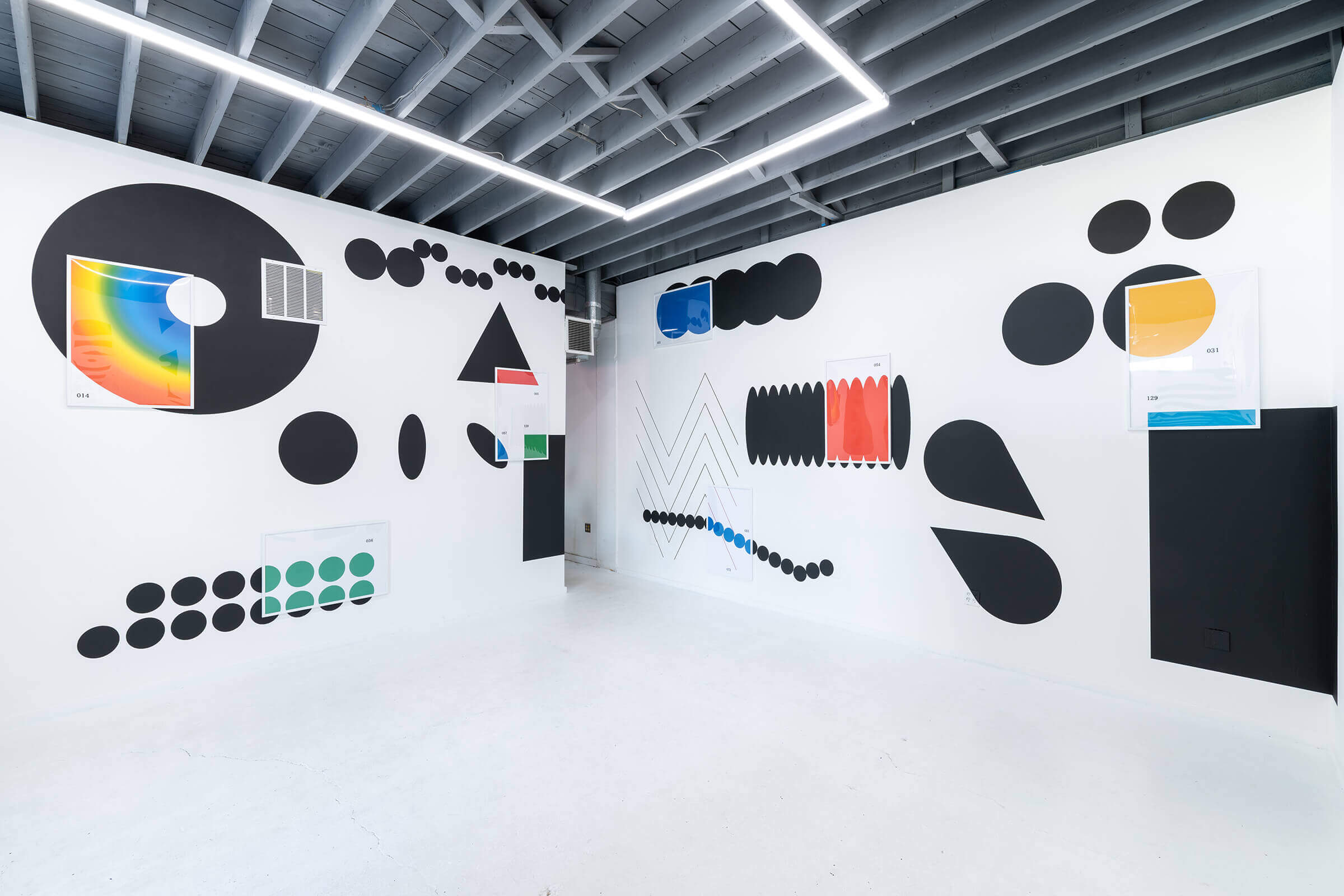 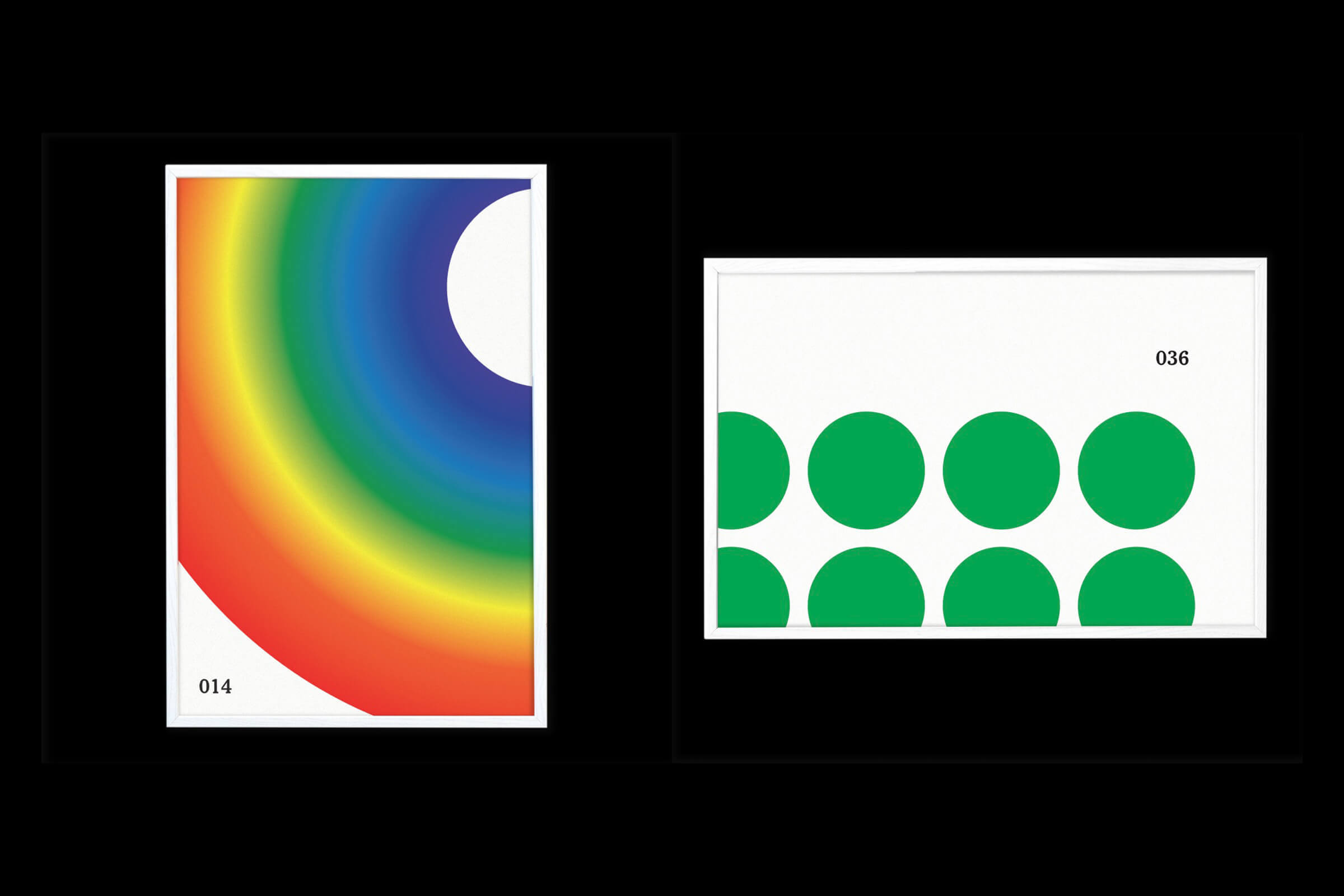 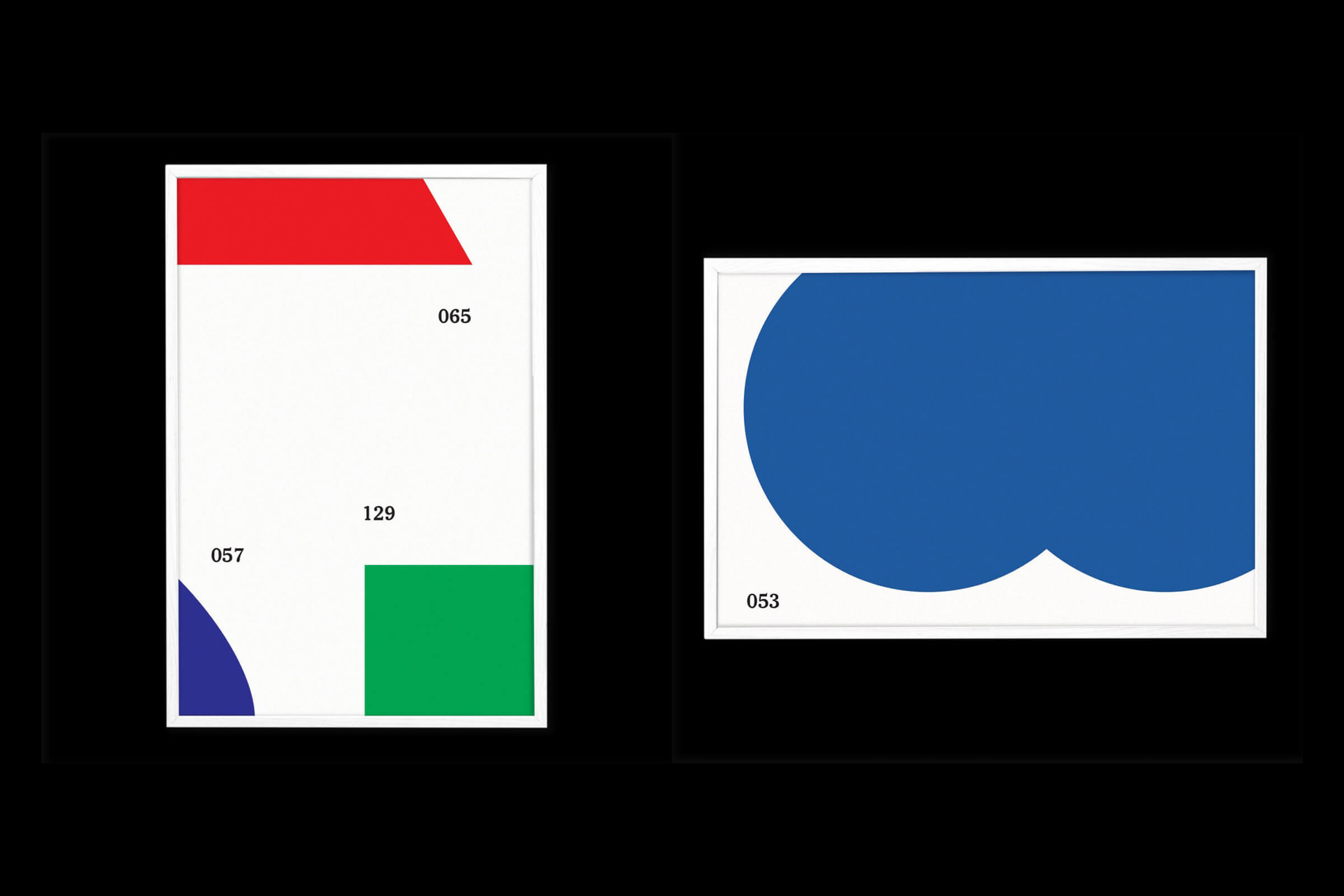 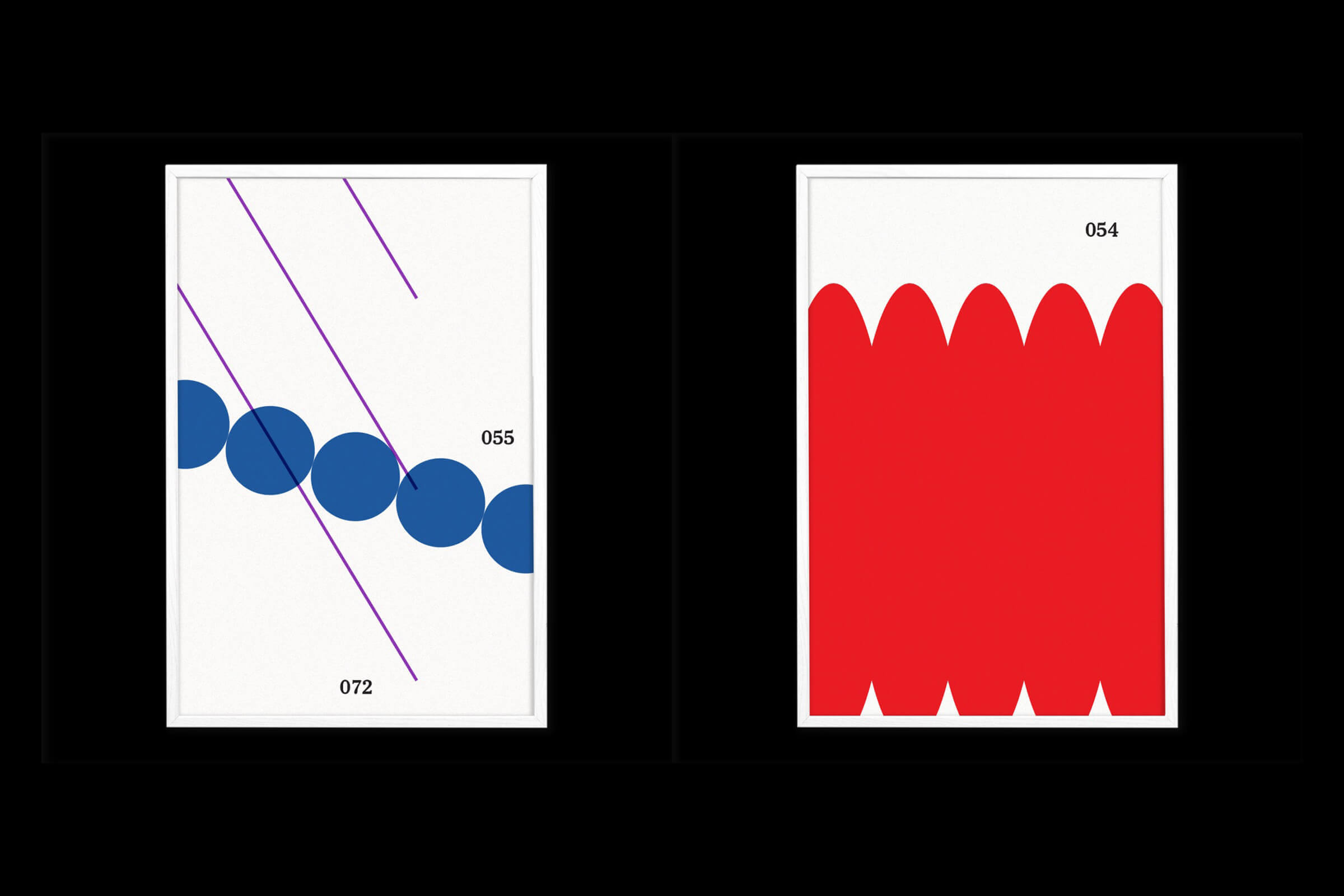 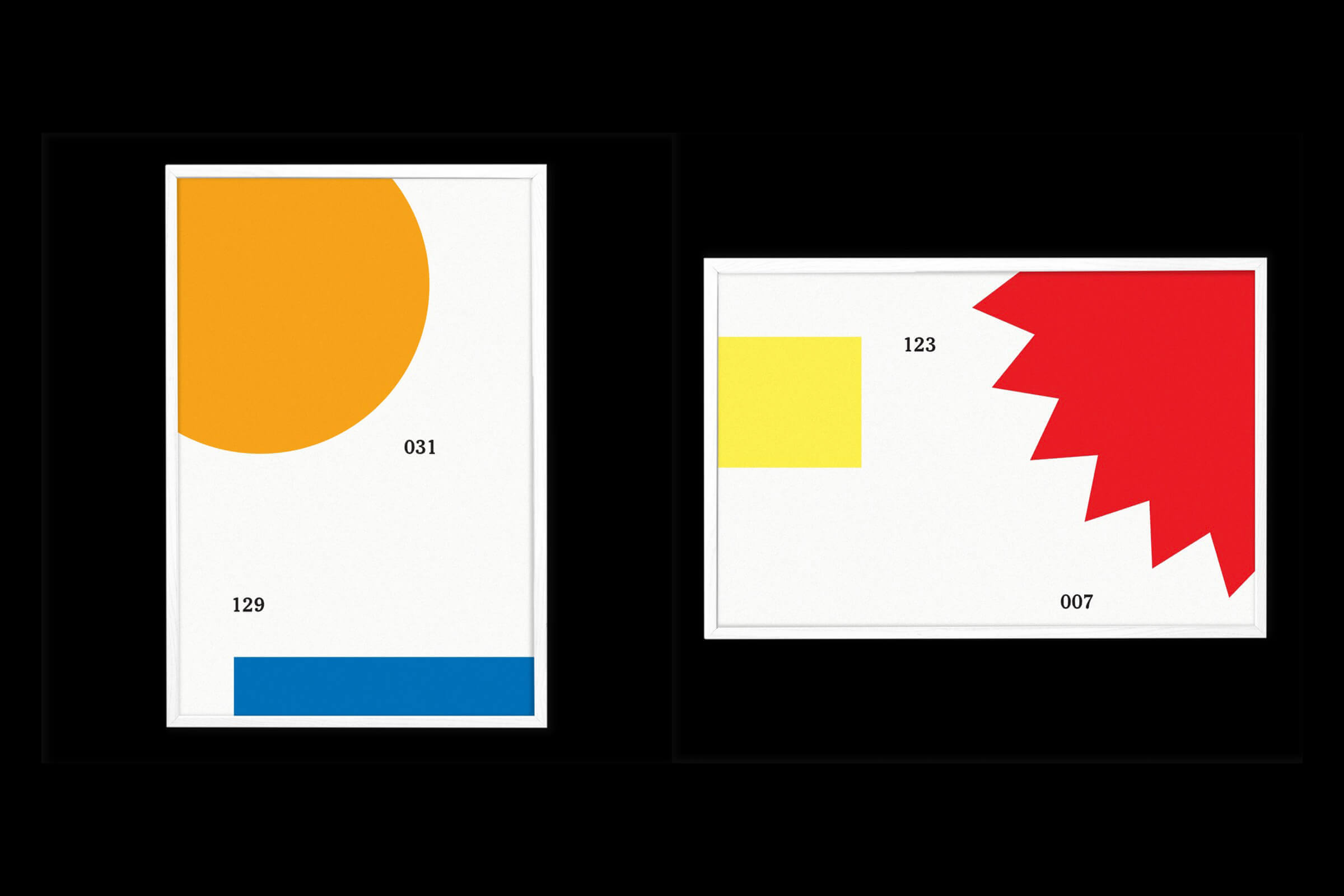 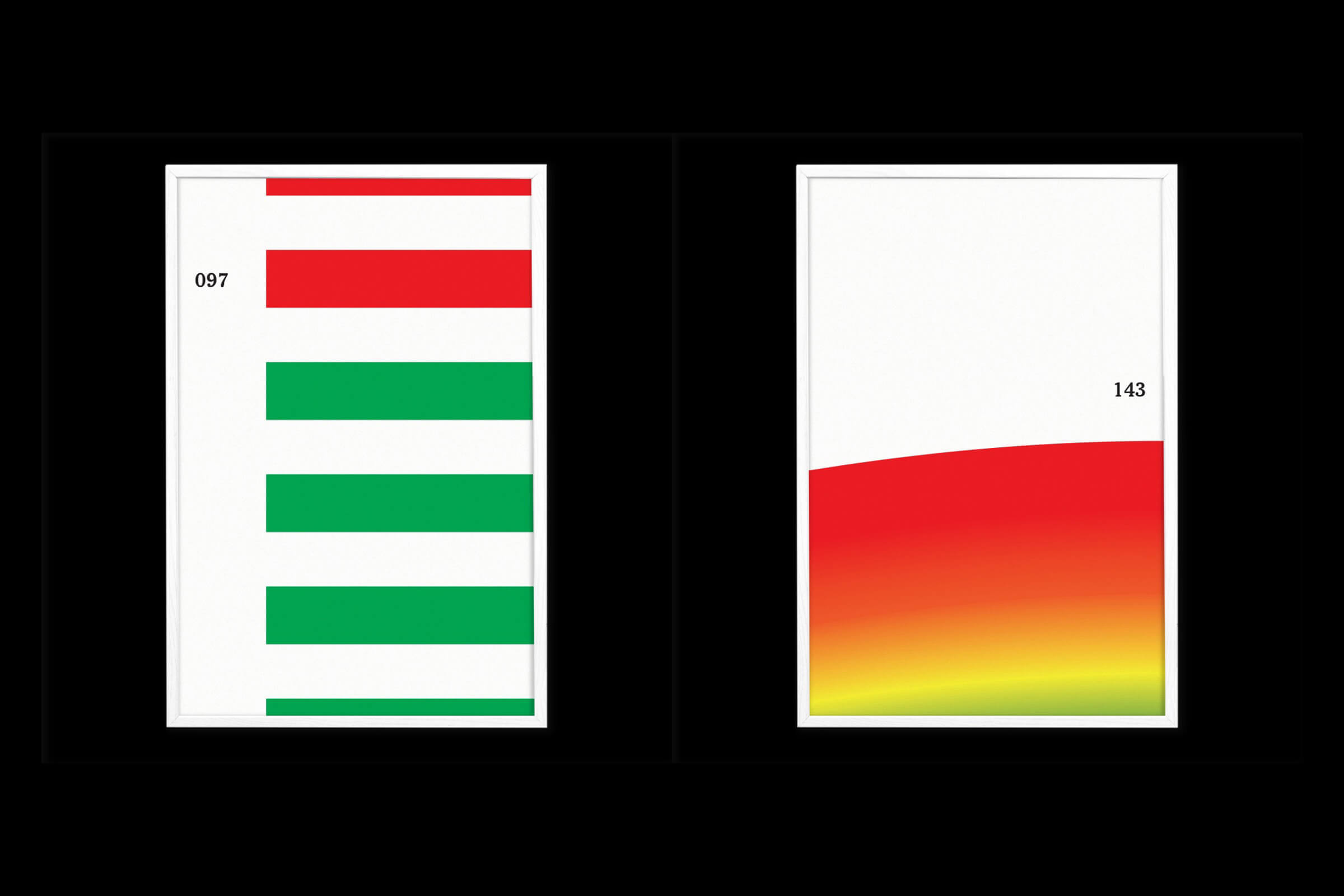 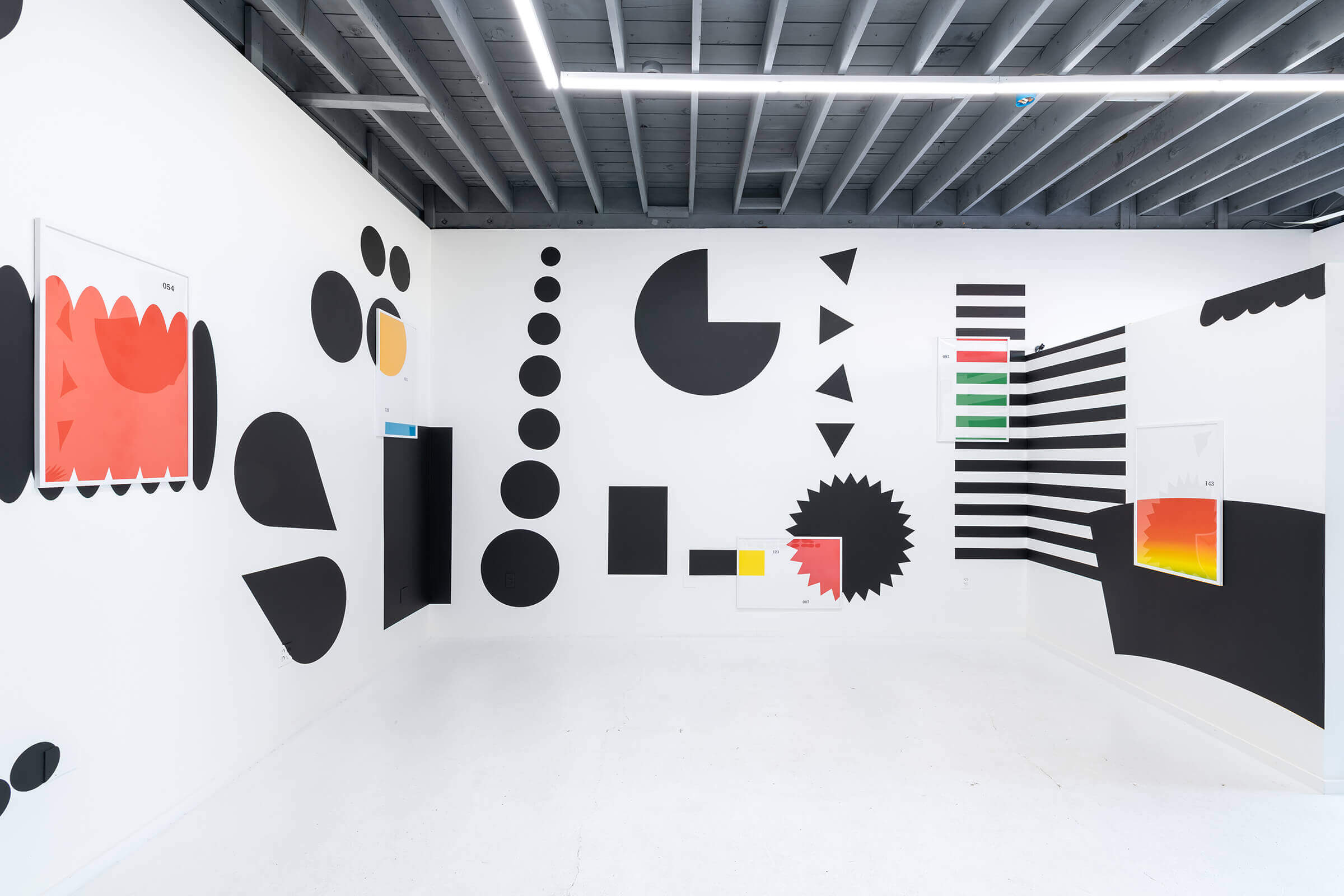 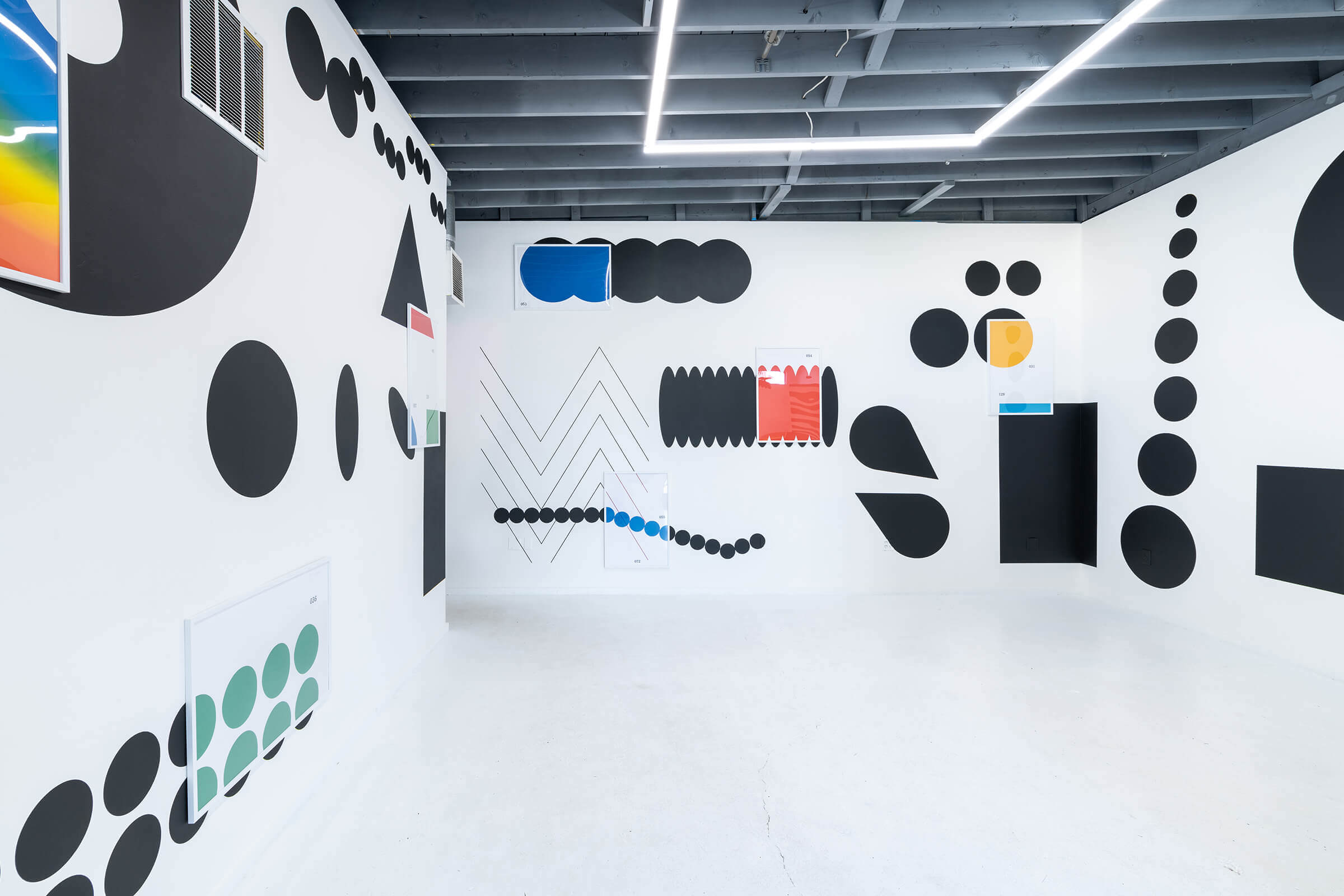 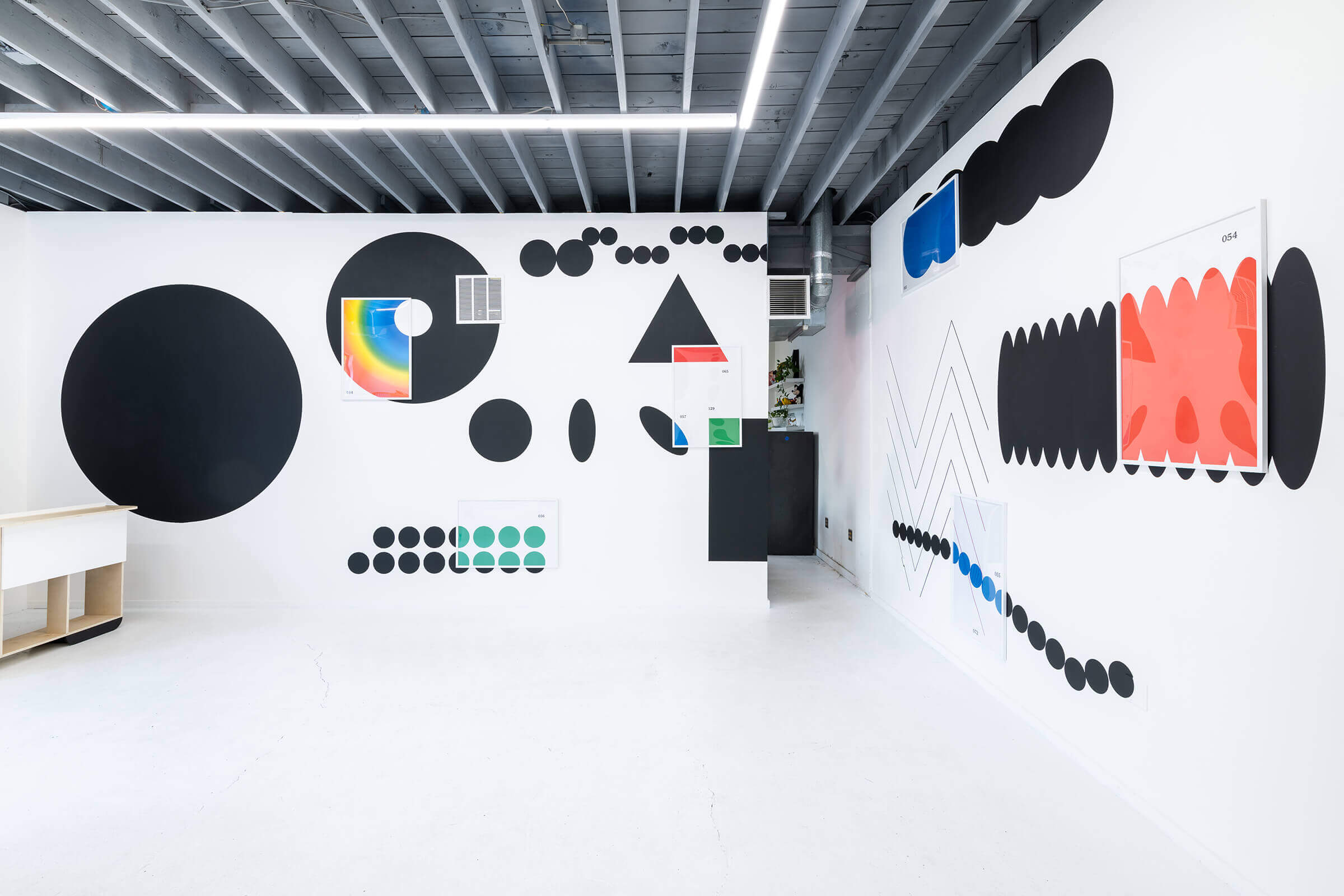 In the 16th version, the composition with black and white was originally from selective colored shapes in the book. The separated layer cropped with frames reveals the original colors of each shape, which made as limited editions of posters for this exhibition.